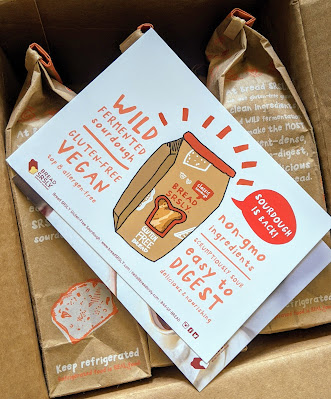 Baking sourdough bread has enjoyed quite the renaissance over the past year, with the practice providing a soothing and delicious antedote to the stressors of 2020 (and beyond). Baking doesn't really calm me down (I absolutely hate doing the dishes afterward!) so to get my sourdough fix, there's one bakery I always turn to: Bread SRSLY.

This woman-owned San Francisco-based bakery is seriously amazing, and their gluten-free, vegan sourdough breads are totally the real deal.

I first reviewed Bread SRSLY several years ago, so it's long overdue for an updated post, especially with new varieties of their signature sourdough available.

Beyond the Bread itself, one thing I love is that the breads are endlessly versatile and Bread SRSLY has a handy repository of recipes on their website to aid with culinary creativity. I'll showcase one such recipe in this post!

The first loaf I will showcase is the seeded sourdough, which I particularly enjoyed for breakfast-- either with nut butter and jam or as avocado toast. The bread is on the denser side, but packs a lot of sour flavor in each compact slice. I really enjoyed the texture contrasts between the bread and variety of seeds in the loaf, giving each bite of a toasted slice a satisfying crunch. Unlike other breads-- many ubiquitous at grocery stores-- the breads did not have any gaping holes. A low bar to clear for sure, but still a needed note despite all the advances in gluten-free bread.

Bread SRSLY's seeded loaf is available as a three pack (perfect for popping in the freezer!) and in their mixed three pack (which includes the cinnamon raisin and original loaves). 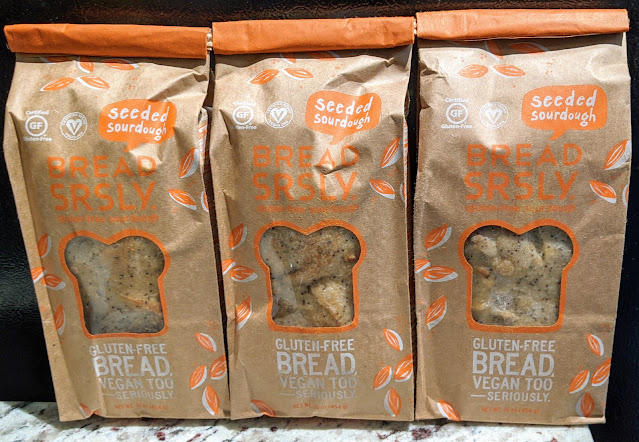 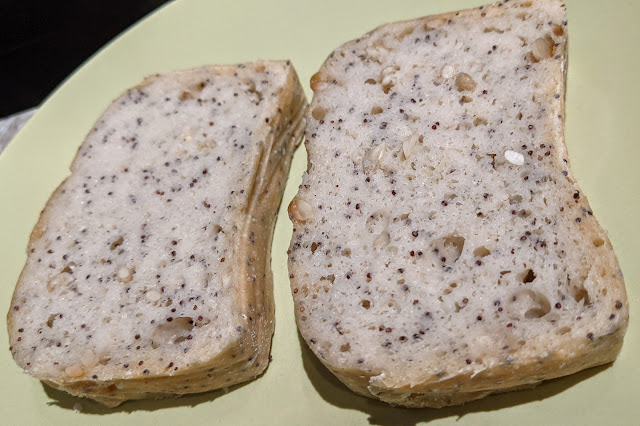 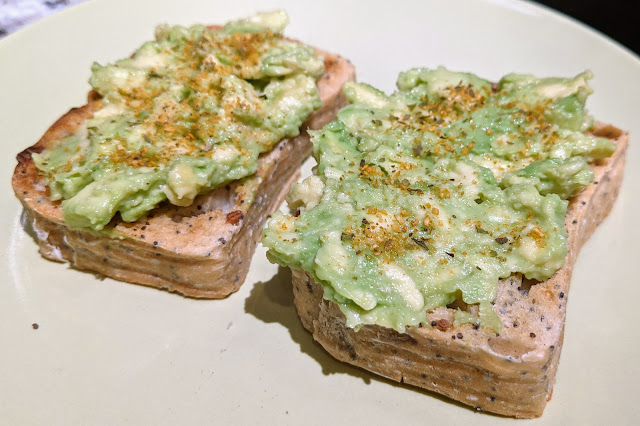 Second up in this showcase is Bread SRSLY's cinnamon raisin loaf. In addition to the standard gluten-free and vegan ingredients used in all of their bread. These loaves are also rice-free, for those wanting to avoid the grain. Another ingredient of note is the loaves' sweetener (date syrup), which renders them the perfect level of light sweetness. Cinnamon raisin toast is not supposed to induce a sugar coma after all!

The smell that emanates from the oven or toaster in heating slices is delicious and definitely a good wake-me-up in all it's cinnamon-y goodness. I enjoyed the slices with nut butter or cream cheese, and even prepared the bread pudding recipe from a card included in the shipment (it's also on their website). As a note, these loaves had a few holes, but none large enough to render them unusable.

The cinnamon raisin loaf is available as a three pack, the mixed three pack, and the gum-free, rice-free three pack. 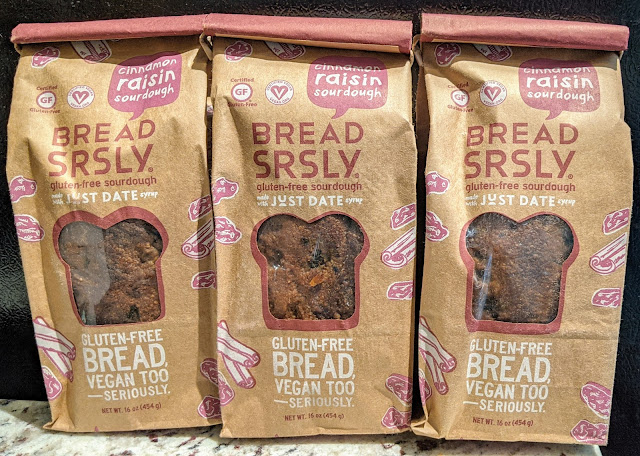 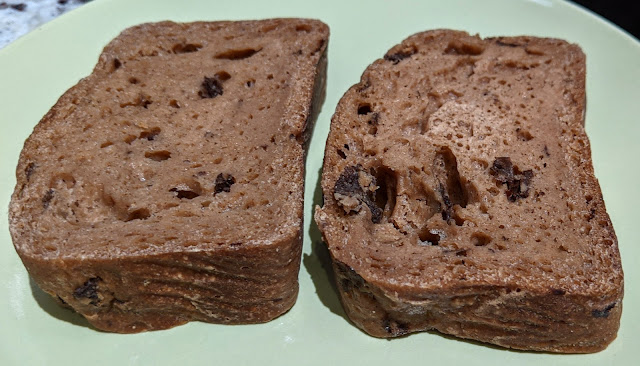 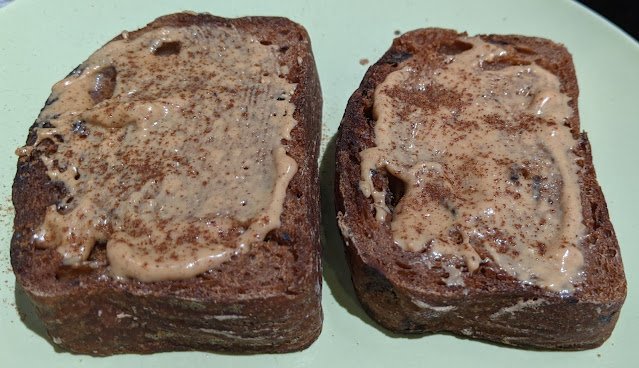 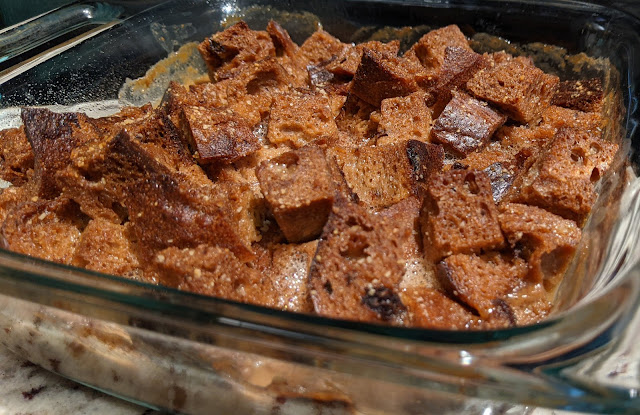 Want to give these loaves or Bread SRSLY's other offerings a try? Use code "gfdf_reviews" for free nationwide shipping from their online store (click here to visit).

Disclaimer: This review is current to the original publication date. Updates will be noted. Ingredients and manufacturing processes can change without notice. Each product should be reviewed for individual nutritional needs. Feel free to to contact me with any questions or comments. I purchased the products independently and the review is a reflection of my personal opinion. This post contains Bread SRSLY affiliate links.