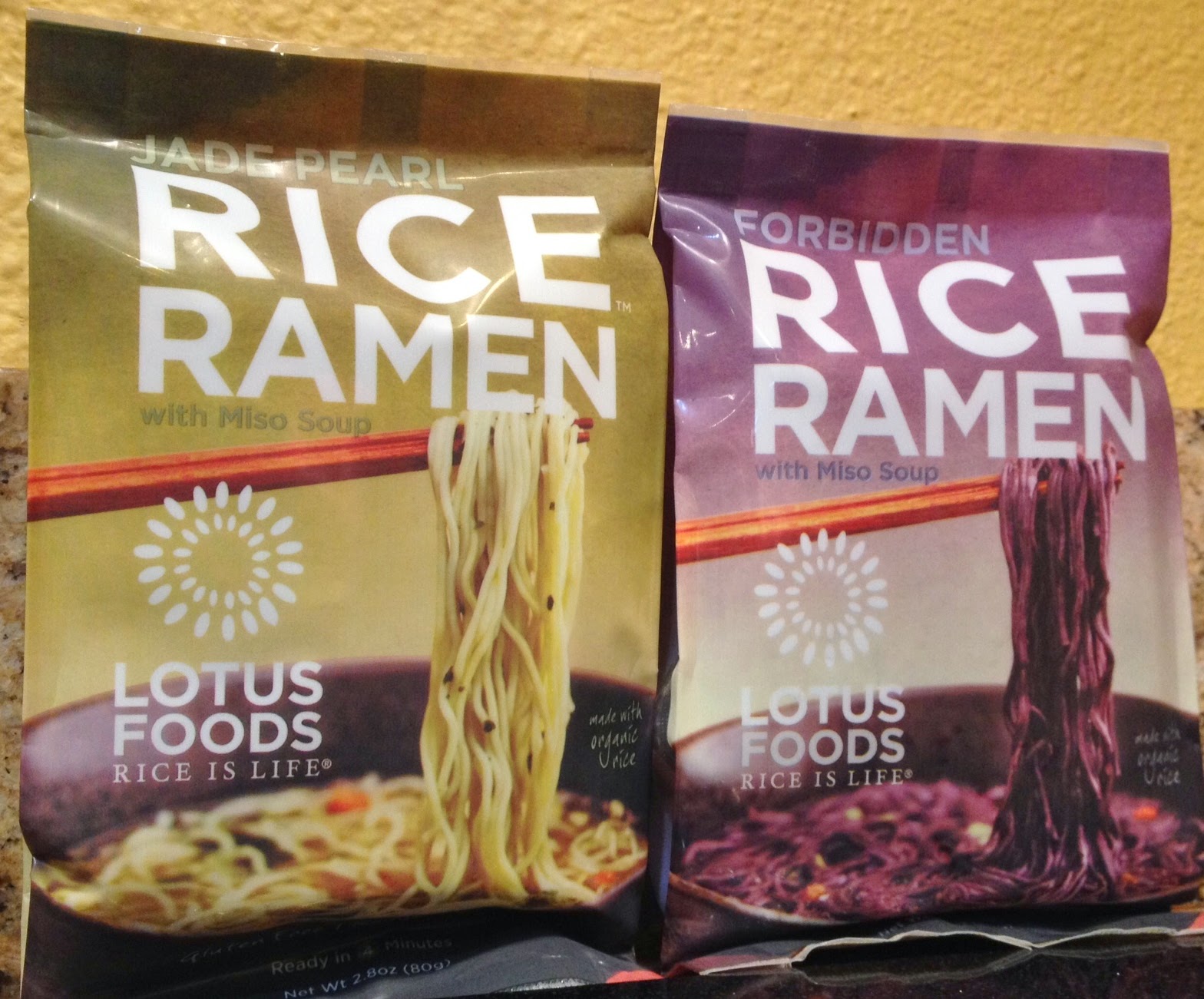 As a soon-to-be “poor college student” I have come to realize that my days with little luxuries such as an elaborate home-cooked meal are now numbered. While I have high hopes that I’ll be able to work things out with the dining staff at my new school, I know that there will definitely be times when I need a quick and easy meal. For most teens, the obvious quick fix is ramen noodles, which are a cheap, but glutenous choice.


However, thanks to Lotus Foods, ramen is back on the table thanks to their miso soup-based ramen noodles. Boasting exotic rice blends, these ramen soups are worlds away from their conventional counterparts.


What’s so great about Lotus Food’s rice ramen is that these noodles can nimbly adapt themselves into many special diets. With the exception of soy, they are free from the top eight allergens (wheat, dairy, egg, fish, shellfish, tree nuts, peanuts). In addition, they are Kosher certified, non-GMO, and vegan.

The full line of Rice Ramen has a miso soup base, with the types of rice determining the different flavors. Currently, the rice flavors are Forbidden Rice (black rice), Jade Pearl rice (infused with bamboo extract), and millet/brown rice. The soup and noodle mix comes in either an individual-sized packaging or in bulk bag containing four rice cakes and mixes. I first came across the noodle soup mixes on Amazon while searching for gluten-free options, but was hesitant to buy in bulk. Luckily enough, I spotted the rice at the Doctor Phillips Whole Foods Market here in Orlando. They carried all but the millet/brown rice variety in the individual size (update 5/31/14: Whole Foods Orlando now carries all three flavors in the individual size). Like typical ramen noodles, the packaging and cooking instructions are pretty simple. 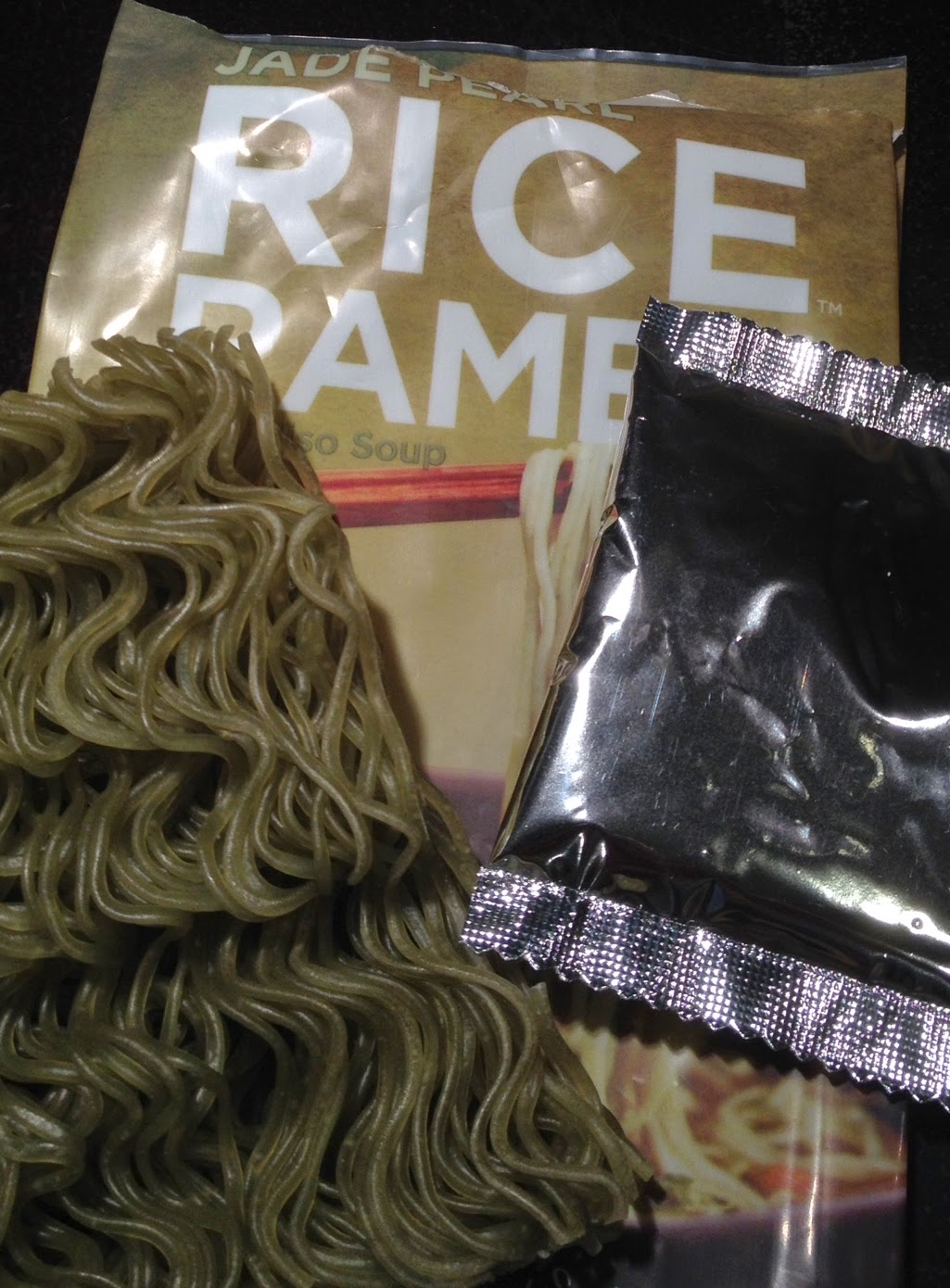 The ramen noodle “cake” is dried and hardened into its shape. Also included is a packet of spices, the miso soup mix. The directions recommend stove-top prep. They go as follows (printed directly on packaging):

The package also suggests adding fresh or dried veggies or a protein to the mix to make the noodles into a full meal.

Now, for the review. 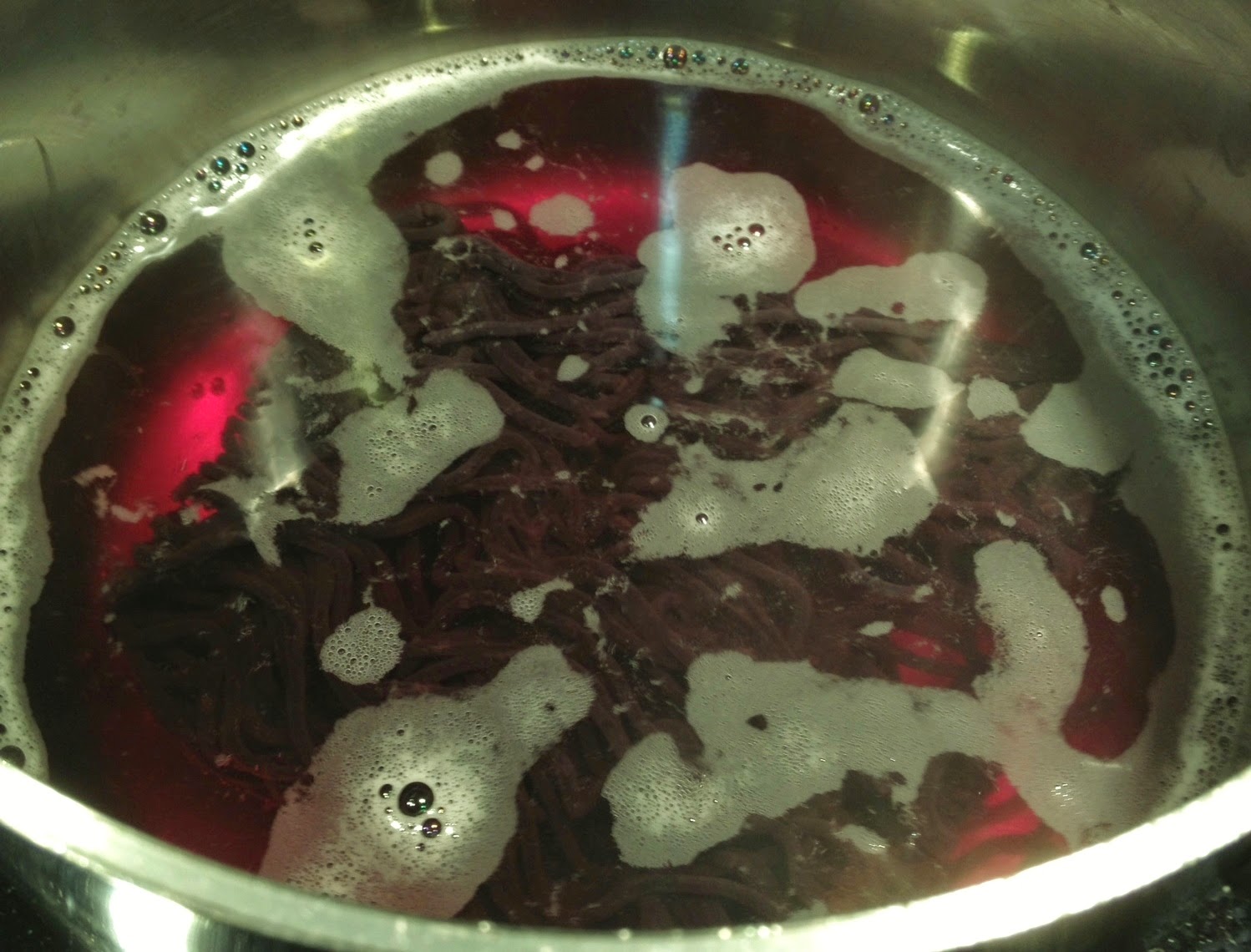 The Forbidden Rice variety of the soup really drew me in with its inky black coloring. As a gluten-free diner, I’m very familiar with rice’s white and brown versions, but not so much with the other variations (red, volcanic, wild, black, etc.). The dark coloring gives the noodles a nutritional edge because the heirloom crop of rice used to produce them is a natural source for antioxidants. When I placed the noodles in the boiling water, the noodles let out an indego/violet color into the water which was striking visually. Once adding the miso soup, the color lightened to a dark plum. 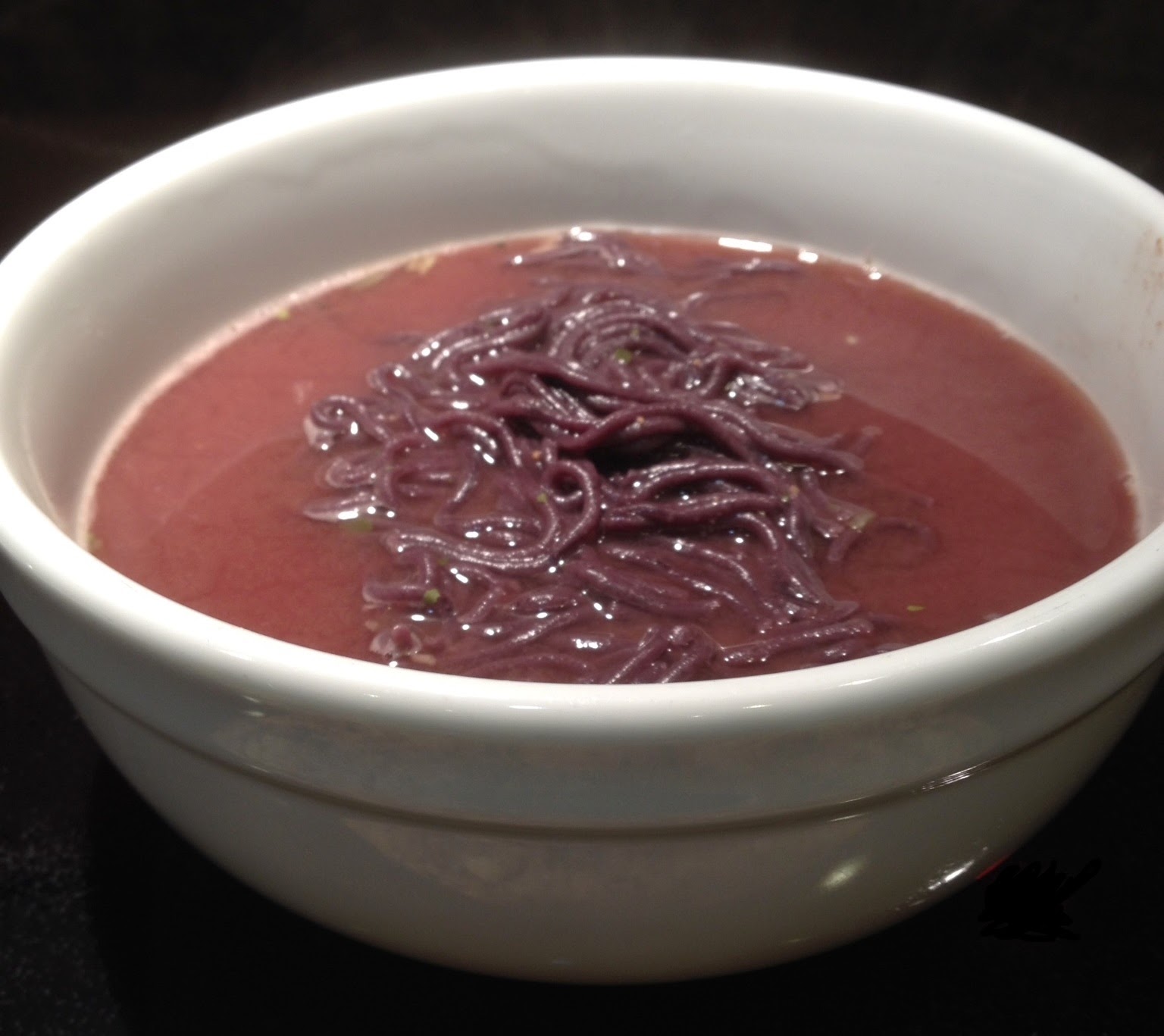 What impressed me about the noodles was their rich, almost nutty flavor. Far from the rice noodles I get in Asian restaurants, these had a complexity I never new rice could have. The miso soup broth was reminiscent of some of the best I’ve had and really complemented the dark noodles. What was remarkable about the noodles was their ability to be “twirled” using a fork and spoon. A rare accomplishment for most gluten-free pastas, it was nice to be able to eat noodles without making a complete mess. Although each cake was meant to be two servings, I ate the whole packet, which was filling, but not bloating. Although I tested these without any of the  add-ins, experimenting with the flavors of green onion to really make the soup pop.

Just as the black rice enticed me into trying these soups out, the green coloring of the Jade Pearl variety also stood out. These noodles are a mix of brown and white rice with an infusion bamboo extract, which adds the coloring. As it cooked, the noodles lost a bit of their green coloring as the boiling water turned a faint green-yellow. The orange of the miso power brought the soup’s coloring up to a soft orange with only a hint of the original green. There were visible specks of seaweed that opened up as the soup simmered, which set it apart. 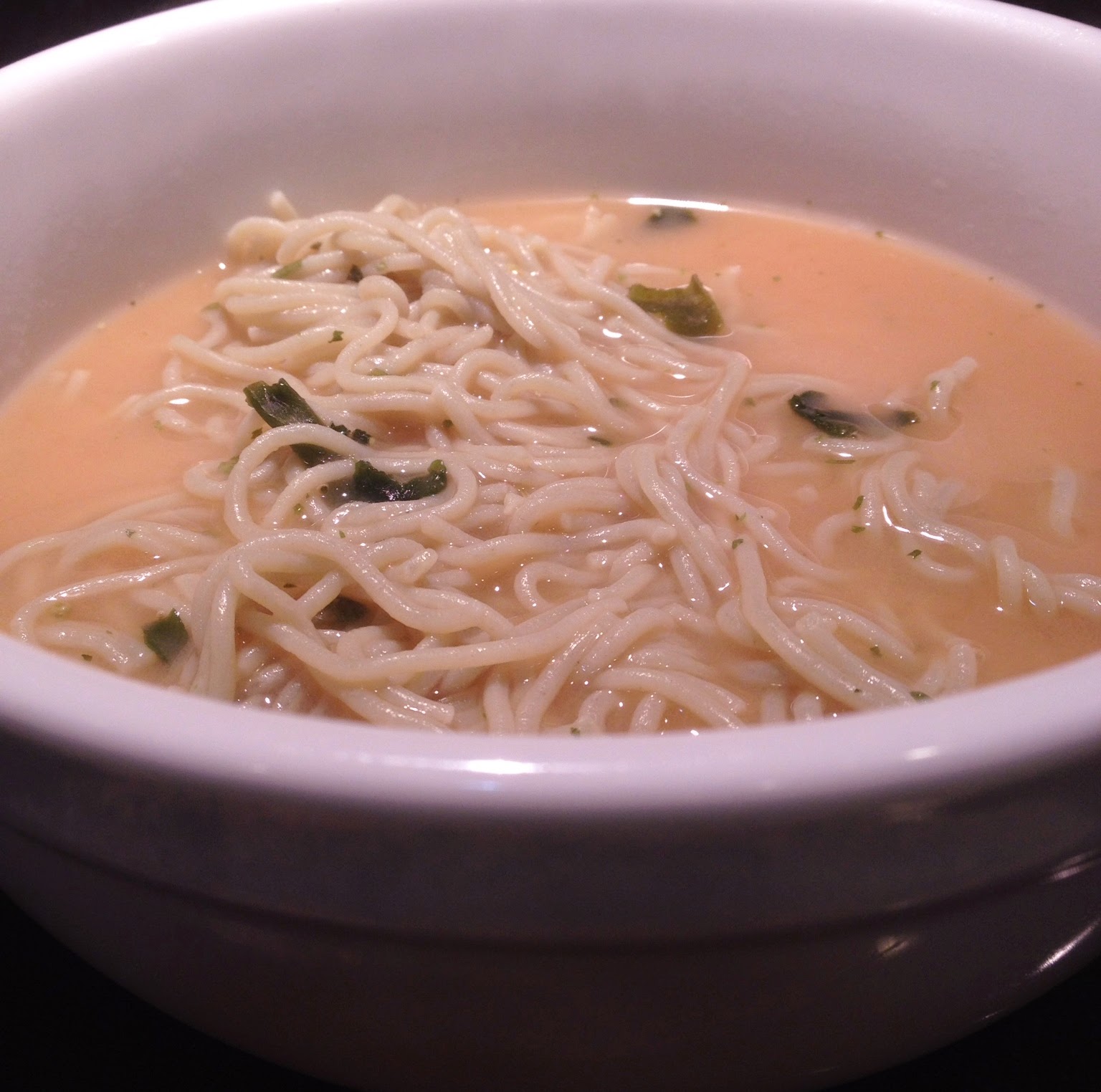 At first, it was interesting to note that the broth tasted similar to the other flavors, but was distinctly different. This had a more soy-like taste than the other. The noodles themselves held up well to the cooking, but their flavor was a little underwhelming. The packaging described them as having a “light vanilla flavor,” and would definitely see how this description would be fitting. I couldn’t quite put my finger one what was missing, but the soup didn’t satisfy me as the other had. However, it is a reliable soup which would make it a good choice for travelling or on a busy night when cooking is not an option. These noodles also were “twirl-able” which made eating them less messy.

The discovery of these soups really excited me. The elegant packaging and promise of a simple but exotic dish made them stand out. The Forbidden Rice noodles and soup really hit it out of the park and are something I would definitely keep stocked in my gluten-free pantry. The Jade Pearl noodles and soup on the other hand, while good, were not great. However, both earned top marks in performance because they cooked up easily and were comparable to their glutenous counterparts in their ability to twirl and hold their shape. I really liked the individually sized packets which can be a whole meal, or split for a snack, and that they had nutritional value, which their counterparts lack. After trying these noodles out, I’m definitely interested in the other products the company has out now.


For more information on the company and it’s products, follow this link.

Since first publishing this review, Lotus Foods (the makers of Rice Ramen) offered to ship me a sample of the brown rice and millet noodles so that my review could be completed. Excited to complete my tasting of the whole Rice Ramen line, I cooked up the noodles using the same preparation as before. This time, the noodles didn’t cook up as the others did and took a lot longer to soften. They turned gummy after a few minutes so I coaxed them apart using tongs, which achieved moderate success. Once the noodles were at the perfect texture, they still were a bit sticky, but I decided to continue preparing them according to the instructions. Once adding the red miso powder, the soup’s color was a rick yellow-gold color speckled with flakes of seaweed. 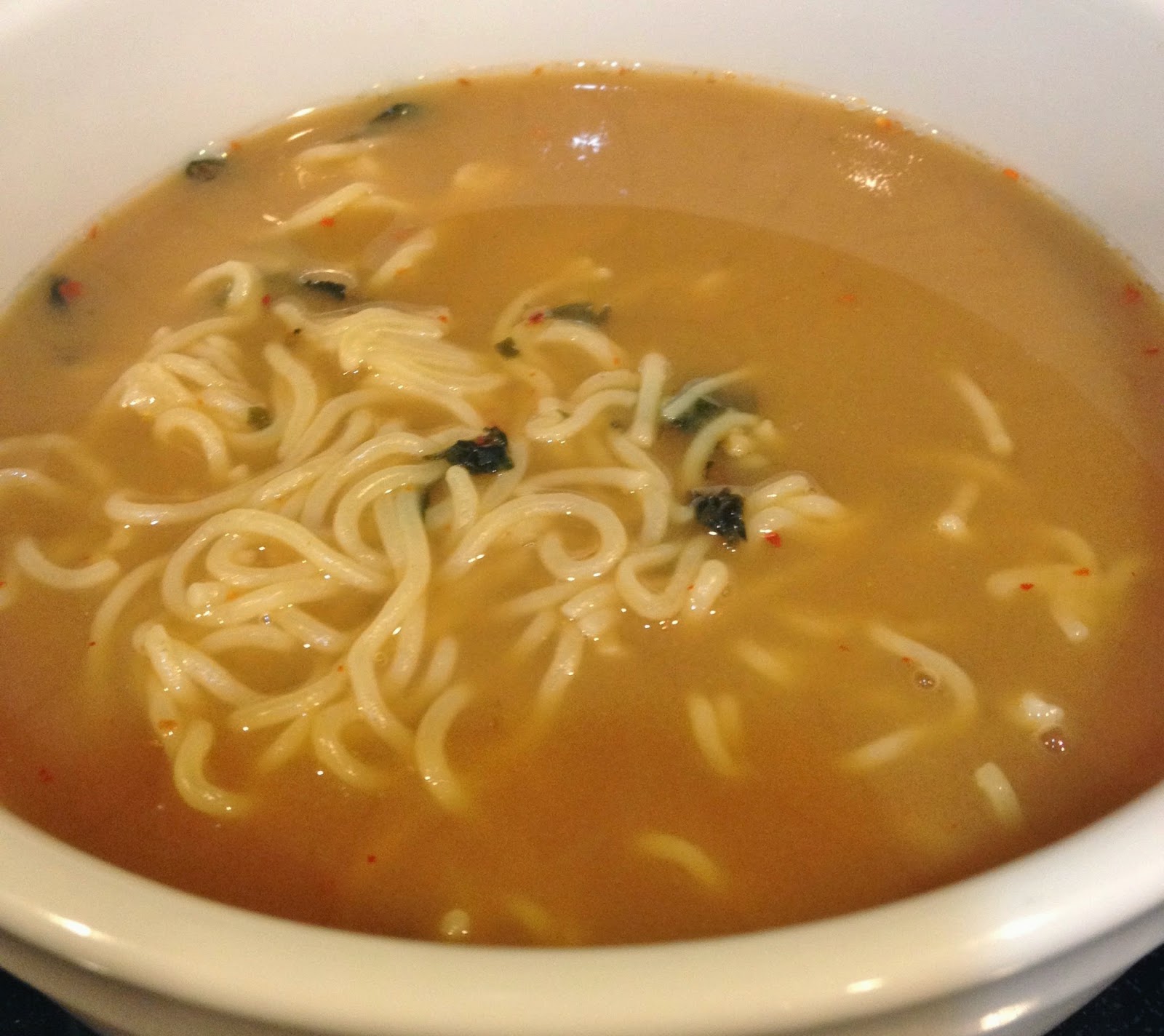 Though I was skeptical at first, the soup won me over with the noodles’ nutty flavor and the broth’s spicy kick. Though the rubbery noodles definitely took away from the dish’s overall impact, they did not deter me from polishing off my portion. All in all, I would rank it behind the Forbidden Rice flavor and before the Jade Pearl. I hope the sticky noodles was a fluke or just user error, but have head from readers that they have had similar experiences in cooking them. I’ll definitely report back if I continue to see this occurrence.


To purchase Rice Ramen in bulk on Amazon, click here

Disclaimer: The review provided is current to the time I bought the product. Ingredients and manufacturing processes can change without notice. Each product should be reviewed for individual nutritional needs. Feel free to to contact me with any questions or comments. I was not compensated for this review and it is a reflection of my personal opinion.