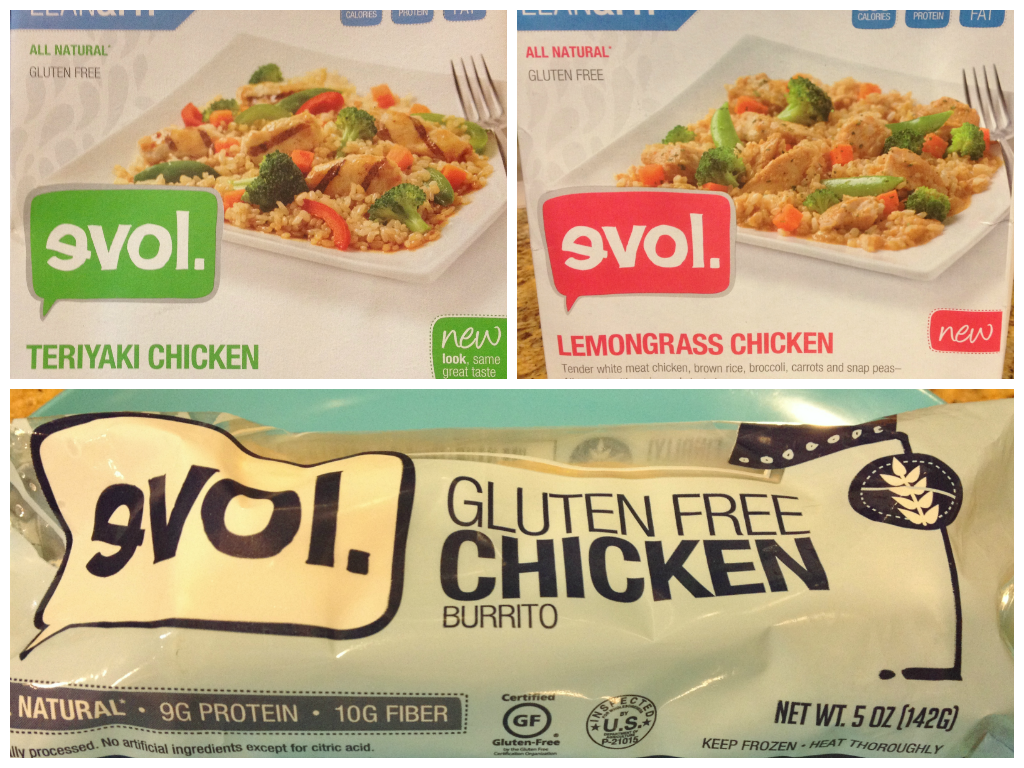 In reading the packaging, as I often do when buying any new product, I really appreciated that Evol outlined their food philosophy right on the back. It feels good to know a company’s philosophy because it makes them stand out. Their foods are made with real ingredients which means that there are no hard-to-pronounce chemicals, antibiotics in meat, or GMOs. Also adding to their Earth-minded ethos, their products are packaged in recycled materials such as the cardboard bowls used to cook the entrees in. I love it when food that is good for us can be good for the Earth as well.


For my review, I picked up the gluten and dairy free single-serve teriyaki chicken and lemongrass chicken as well as the gluten-free chicken burrito to get a sample of different tastes, cooking methods and presentations. 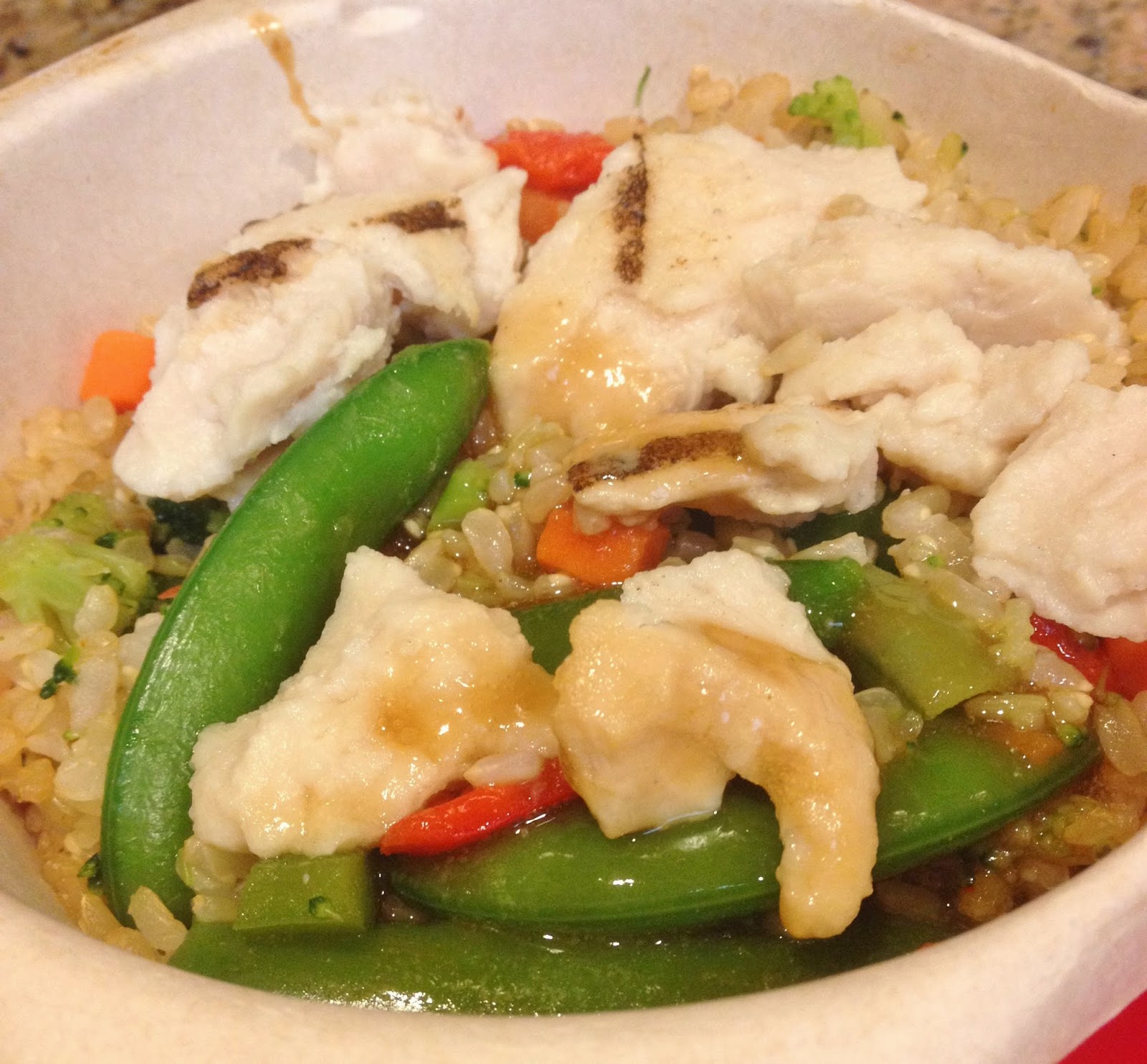 First up came the single-serve teriyaki chicken. For all the single-serve meals, Evol offers three ways to cook them up- oven, toaster oven, and microwave. Not wanting to heat up the kitchen with afternoon temperatures in the mid 90s, I opted to cook it up in a toaster oven. This meant I’d have to wait a little less than an hour to eat, but I figured the trade-off was that cooking it in the toaster oven would have a better result. Past experiences of microwaving entrees have taught me that more often than not, the microwave dehydrates food. Once the bowl was ready, it emerged fully cooked and uniformly hot. I first tested out the chicken to ensure it was cooked all the way through and must admit that it surprised me how delicious it was. The chicken was juicy, firm, and tasted as if I had just pulled it off the grill. The vegetables accompanying it were also fresh-tasting and flavorful which was another pleasant surprise. Both the chicken and veggies were covered in a slightly sweet teriyaki which really complimented the ingredients and gave the dish added dimension. The rice that supported the entree was well done and soft and absorbed the favoring of the sauce and veggies. 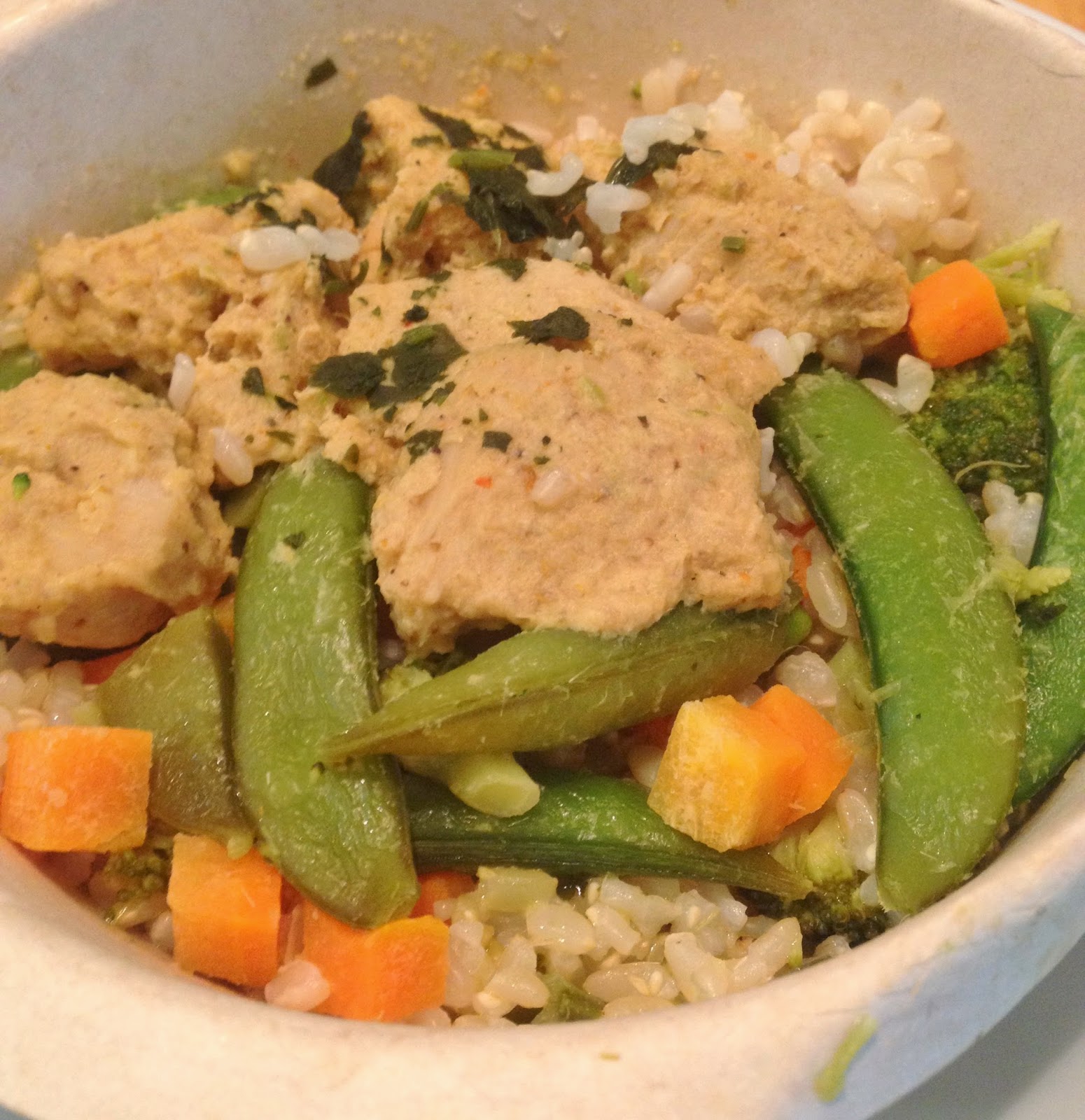 Next up to sample was the lemongrass chicken. Knowing how successful my first trial was, I was eager to try this out because lemongrass is a flavor I love and is hard to find. This time, I decided to microwave the dish because I was crunched for time and also wanted to test how the dish stood up to the microwave for this review. Once following the directions, the product was heated well and did not make a big mess. As first, I feared, the microwave seemed to dry out the chicken and veggies but upon closer inspection, they were still moist and had a good texture. The lemongrass had a strong flavor and was very aromatic which really made the dish for me. The veggies were the same as the ones in the teriyaki sauce entree, but they were transformed by the change in sauce. Even the rice held up well and although drier than the oven-baked counterpart, it was still pretty good. In future trials, I plan on cooking it up in the toaster oven to see if the microwave was the culprit.

For a total change in pace, I decided to try out the gluten-free chicken burrito in addition to the single-serve meals. Just as the others could be cooked in multiple ways, the burritos can be prepared using a variety of methods- grilling, microwaving, oven/toaster oven, panini press or pan fried. I opted for a microwave prep because it was the only way listed on the package and convenience again is definitely a consideration. I followed the alternate microwaving instructions which call for defrosting the burrito in the fridge overnight, wrapping it a moist paper towel, then microwaving it for a minute and a half. When it emerged, it smelled delicious and was hot but not unbearably hot. Again, I was duly impressed with the outcome because the tortilla and its fillings were perfectly warmed up and had a great texture. The chicken was spicy and had a bite to it which I liked. The beans, rice and veggies worked well with the sauce and chicken, though as a person who’s not a fan of corn, the corn kind of turned me off. Luckily, there were only a few kernels in the wrap. The tortilla was flaky, held its shape, and tasted whole grain which really did well to support the good stuff insidel. The burrito itself was not the whopping ones you see coming out of Chipotle, but was the perfect size to be a snack or breakfast; if I were to have this as an entree, I’d probably eat two or compliment with side dishes.


All in all I was very satisfied with each of the three meals and will definitely be relying on them when I travel this summer and when I begin dorm life next fall as a college freshman. For their minimal prep, great taste, and ability to be a versatile breakfast, lunch, dinner, or snack option, they cannot be beat. They’ve definitely helped to disprove my theory that frozen meals are band and tasteless. Now that I’m an Evol fan, I cannot wait to see what new products hit store shelves in the future. I’m personally holding out for a dairy-free version of their chicken quesadillas! 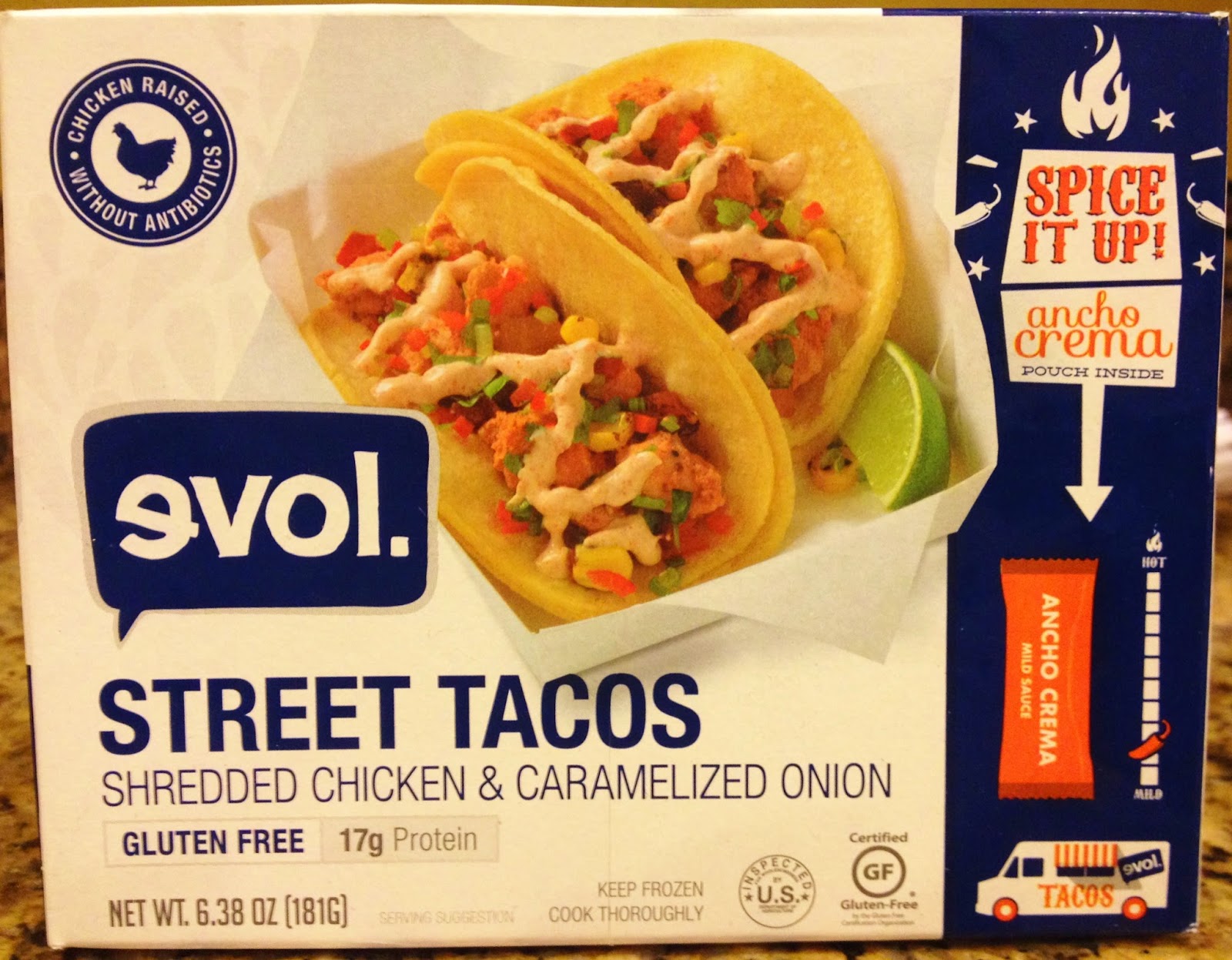 Update 1/7/15: After my original review of Evol’s frozen entrees, their product line has grown to include more gluten and dairy free options. Stumbling across a sale on the new street tacos at Target, I couldn’t resist the awesome opportunity to sample their latest product line.


Unfortunately due to my inablity to eat red meat (they have a bacon taco and beef taco) and the dairy content of their vegetarian tacos (due to cheese), the only one left that was gluten and dairy free was their chicken and caramelized onion. These tacos feature shredded chicken, corn, tomato salsa and caramelized onions in a double wrapped cradle of two soft corn tortillas.


Needing only two minutes in the microwave to transform into hot and delicious tacos, these tasty twins are perfect for a light lunch or snack. The chicken is perfectly pulled and spicy and the veggies are fresh (for frozen fare). My only complaint is that the tortillas were not able to hold the weight of the stuffing as they ripped easily and turned the utensil-less meal into a fork and spoon affair. No complaints from me however, as the delicious taste overrode the sloppy presentation.


It should be noted that the ancho crema sauce that comes in its own pouch on the side DOES contain dairy but the tacos themselves do not. 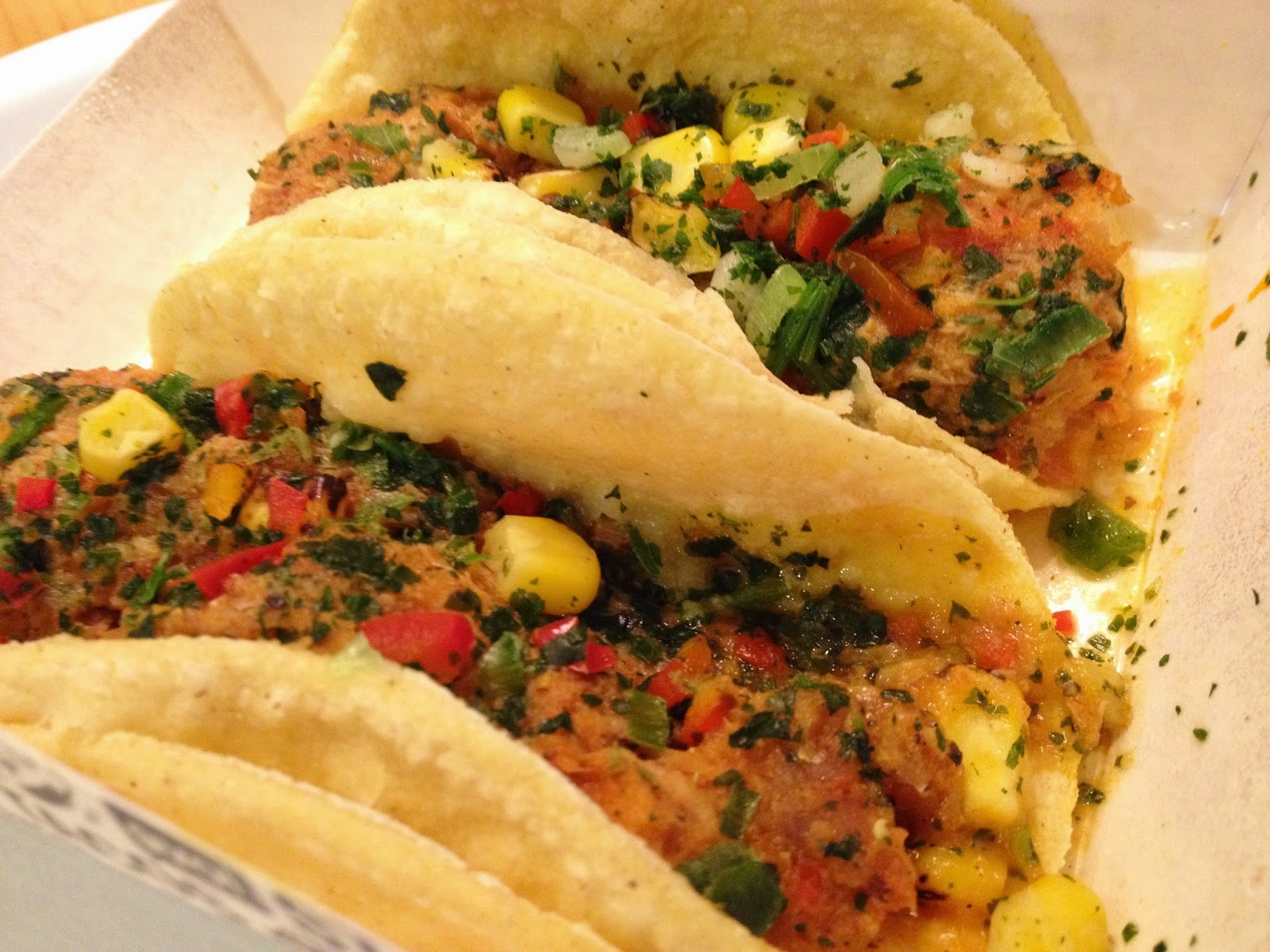 One thought on “Evol Gluten and Dairy Free Entrees”