Despite the abundance of gluten-free breads out there from large companies, I love the feeling of discovery when I find a locally made bread from a small company. These small bakeries are often supported by other small businesses, which creates an awesome chain of supporting the community by the simple act of buying a loaf of bread.


One such small business ripple effect starts here in Baltimore with Eddie’s Market. With locations in Roland Park and Charles Village, they easily address any grocery needs one might have, and bring local flair inside the store with a focus on artisan, unique, and local products.


While checking out their always interesting assortment of local products from around the area, I was pleasantly surprised to stumble across a brand of gluten-free sweet and savory baked goods I was unfamiliar with: Betsy’s Bakery. This Camp Hill, PA based bakery that is 100% gluten-free in both production and facility, so I was sold right away on giving them a try.


While at Eddie’s, I noticed they had cupcakes, baguette, and other goods in stock. The cupcakes contained dairy, which rendered them off limits, but I was all for trying the quinoa loaf and baguette; both were calling my name.


The quinoa loaf, while smaller than supermarket gluten bread, was pretty long, rendering enough slices to make several sandwiches. There were no gaping air bubbles (characteristic of some big-brand breads), and the bread was sized perfectly for a sandwich. The bread is actually bread-y, with spongy interior and a nice crust. The bread is seeded and has a nice nutty, whole grain flavor, that makes it versatile and nutritious. I enjoyed it as an almond butter sandwich, and as toast, with nondairy cream cheese (more on that in an upcoming post). Toasting it only enhances the flavor further, adding a satisfying crunchiness to the soft bread, rendering the top of the crust reminiscent of an everything bagel. 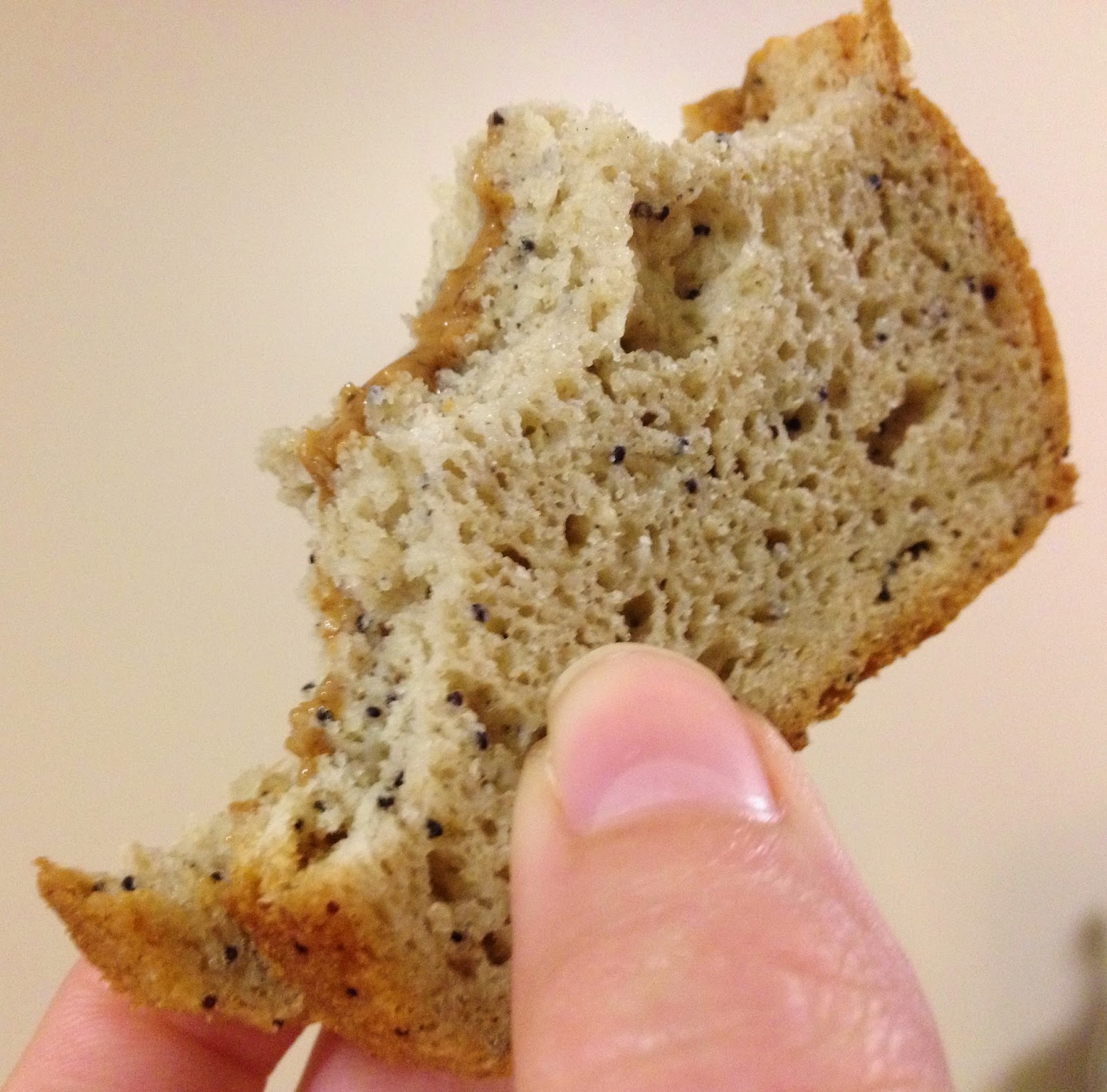 The ingredients used in the bread are: tapioca flour, brown rice flour, sorghum flour, quinoa flour, xanthan gum, sesame seeds, poppy seeds, yeast, canola oil and sugar. The bread is gluten-free, dairy-free, egg-free, peanut-free, and vegan. It also freezes beautifully. I was able to stretch out my enjoyment over a couple weeks. 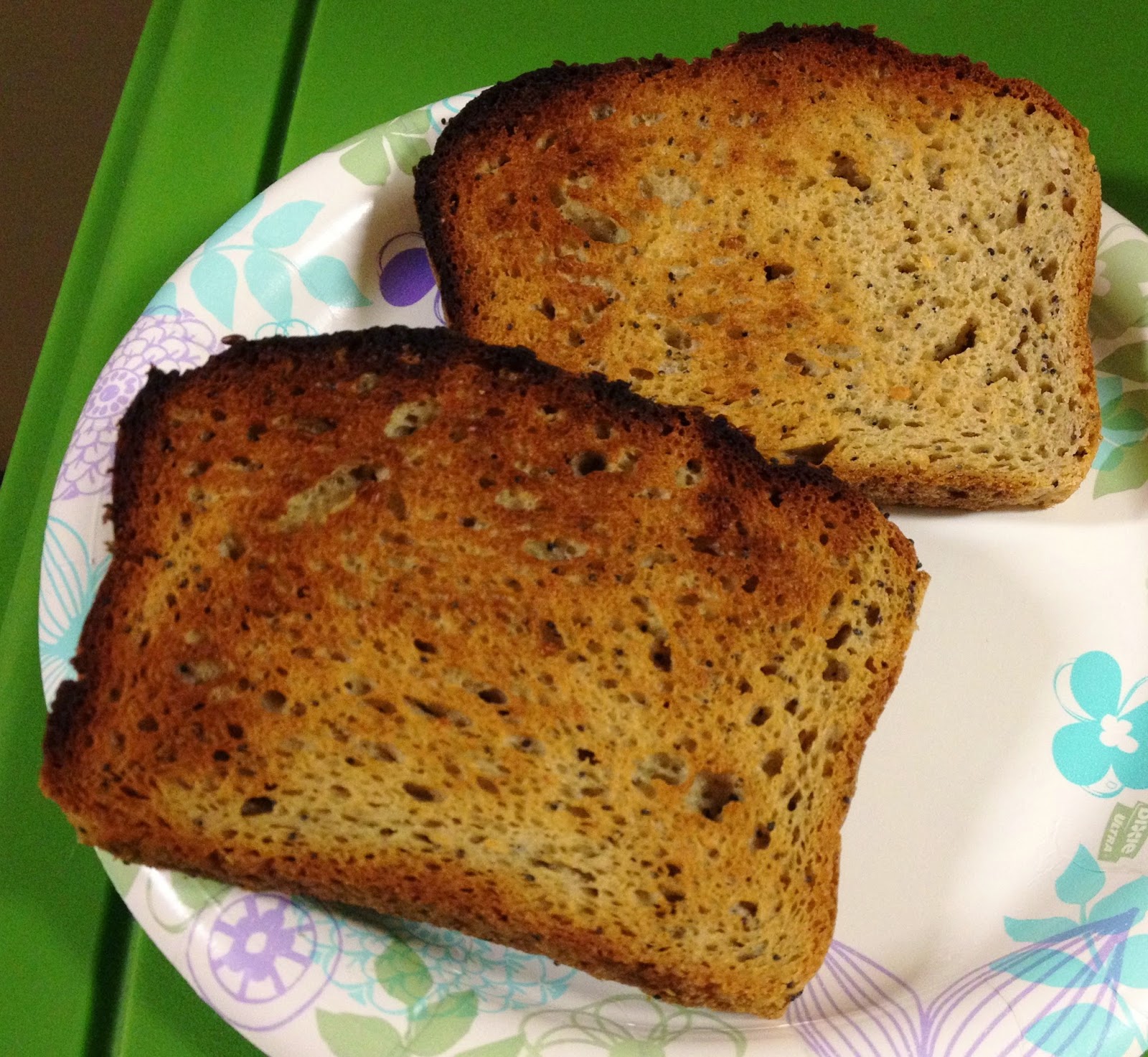 A foot long, and perfectly sized for sandwiches, garlic toast, or any other recipe requiring baguette, Betsy’s take on the Italian loaf is soft and delicious. I knew I wanted to make a sub sandwich with it, capitalizing on the rarity of such sandwiches in the eating out realm. Coupling Applegate Farms turkey with raw pesto, I made a delicious 6″ sandwich. The bread is seedy- but not as much so as the quinoa loaf, and tastes like the “white bread” traditional loaves are. I perked it up on a second tasting with a quick toasting of the bread, which made the crust come alive with crunch and flavor. 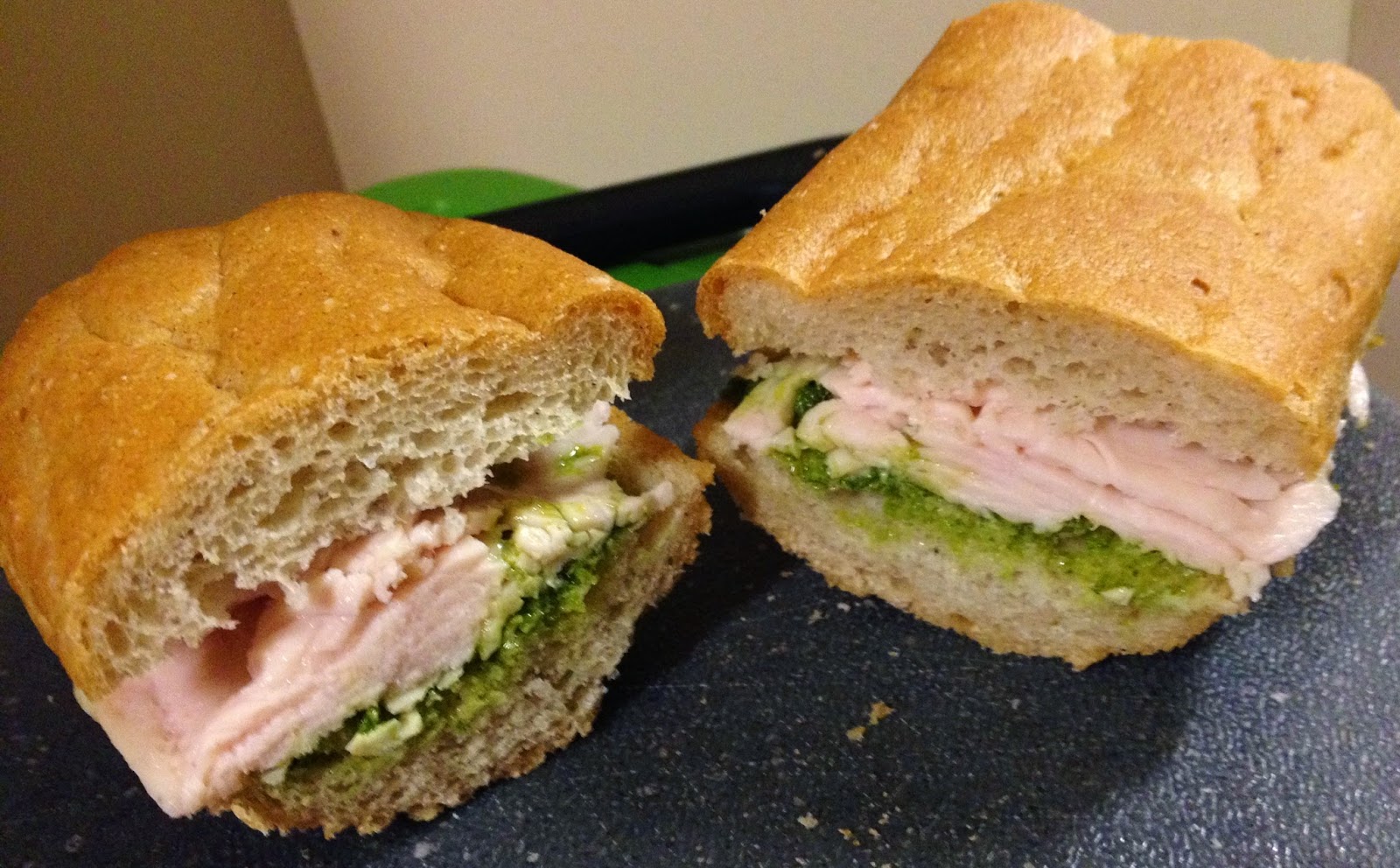 Of the two, I liked the quinoa better, but both I would buy again. The breads’ versatility, healthiness, and tastiness are a trifecta which earns them my high regard, and I’m happy to have a locally sourced bread option going forward. My only complaint is the price (see on package of bread), which was high, but the quality ingredients used was evident. I hope Eddie’s Market continues to expand their offerings from Betsy’s Bakery, as I will be a regular patron as long as they’re in stock there.


Disclaimer: This review is current to the original publication date. Updates will be noted. Ingredients and manufacturing processes can change without notice. Each product should be reviewed for individual nutritional needs. Feel free to to contact me with any questions or comments. This review is a reflection of my personal opinion and has not been influenced in any way.